Inicio > English > Enrique Shaw – a businessman on the path to sanctification 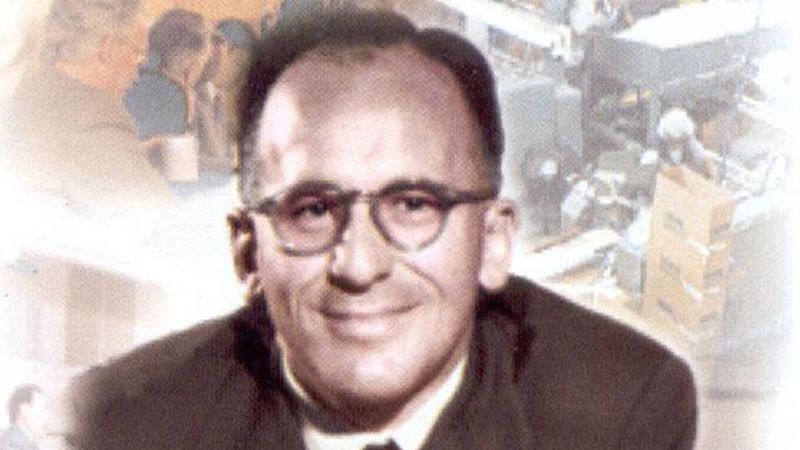 Enrique Shaw was an Argentine businessman who lived his entrepreneurial experience always bringing the teachings of Jesus Christ into his daily life. He was in the military, he was a businessman, he was arrested, but at all stages of his life, he never failed to bear in mind the concern of looking at the other as a person, as the essential destination of all his decisions. His phrase, “before judging a worker, one must love him”, is very representative of his view of the world and, in his case, of the business world. At the end of last week, Pope Francis declared Enrique Shaw’s Venerability. And what is it that makes this statement so important, at a time when the Catholic Church has taken a stance to make saints all those who, fulfilling the essential criteria for this sanctification, are examples of life that can be followed by all believers?

The prospect of recognizing an entrepreneur as an example of a path to holiness is unprecedented and brings two realities that we tend to consider almost antagonistic, although nothing in essence justifies it. The whole religion has as its project the salvation of humanity. And, because this is always linked to divine creation, the first obligation of each person is to worship God. The way to worship God in our daily lives is only possible through our actions and its effects on others.

On the other hand, the life of an entrepreneur is usually associated with a perspective of competitiveness that leads one to think that everything can be forgotten and that everything is allowed to achieve the best possible result. That is why this statement becomes so relevant, because it brings the reason for being an entrepreneur closer to the reason for living. Because a life like that of Enrique Shaw shows that the entrepreneur can also be an example of life and love those around him. Or even more, it is through the relationship with those I work with that the entrepreneur is able to achieve his best result.

The entrepreneur is, in its genesis, a creator. He has an idea, designs a project and creates a new development opportunity. And it creates jobs and new life opportunities for everyone who walks with it. There is no greater love than creating opportunities for others. It is essential that anyone who is able to have this noble vocation to undertake understand that his success lies in making all those who collaborate with him in the enterprise to be part of his life.

But this process of sanctification also has the merit of making those responsible for the Church see that they are also able to better understand the enormous role that the entrepreneur has and must have in building a better world, in which everyone has a place and in which everyone feels included. A world that we can build together, without having opposite objectives, since the creation of happiness promotes the motivation to do better and the desire to include everyone makes us closer and more resilient in the face of difficulties.

It is, therefore, very important that we find in this declaration of Venerability by Enrique Shaw the opportunity to change the way we confront ourselves, leaders and employees, religious leaders and business leaders. It is the time to change and stop fighting to start collaborating with everyone. When Enrique Shaw was dying he needed blood transfusions and everyone was amazed to see that all his employees were at the door of the hospital to give him what he needed and he said he was proud to have the blood of his employees in his veins.

If we go further than what Enrique Shaw said, to judge a worker and to judge a businessman, you must first love him.

By Bruno Bobone. Link to the original article

Enrique Shaw- A life, a testimony

EWTN – An Argentinean entrepreneur may soon become a saint