The Pontifical University of the Holy Cross recently organized a seminar to reflect on the holiness of lay people, in the context of Guadalupe Ortiz’s beatification. Enrique Shaw, whose process of canonization has been opened, was one of the people highlighted there.

The Pontifical University of the Holy Cross recently organized a seminar to reflect on the holiness of lay people, in the context of Guadalupe Ortiz’s beatification. Enrique Shaw, whose process of canonization has been opened, was one of the people highlighted there.

One of his sons, Juan Miguel, is a priest of Opus Dei living in Mombasa, Kenya. He is the chaplain at Tewa Hospitality Training Centre. We put some questions to him about his father, to make his figure better known to a wider audience.

1. Can you give us a few memories about your father? Was he very strict with his children?

He died when I was 12 years old. I have very warm memories of him. We used to play with him a lot, and he would take us out to the sea to swim. I even remember joking with him…

He would also discipline us. Along with my brother Jose Maria, a year and few months younger than me, the two of us were always playing, fighting, and plotting how to have fun at others’ expense… This led to some nice scoldings and well-deserved spankings. My father would do this alone with me, explaining what I had done wrong and why; afterwards there was no mention of it. 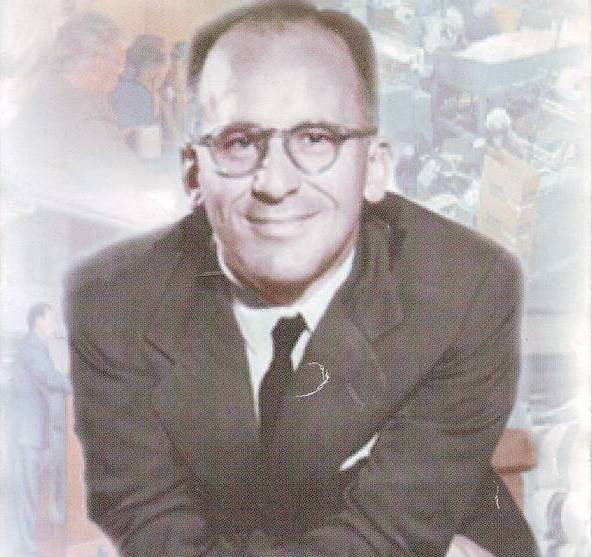 2. Anything you want to tell us about the relationship between your parents?

They loved each other very much. He would tell us to take care of Mom’s needs and not to disappoint her (although not that I could do much at my age). I have never forgotten seeing him dancing with my mother on the celebration of my birthday, a month and a half before he succumbed to his slowly advancing cancer.

3. Any examples of how he lived the social doctrine of the Church in the running of his companies?

As it is obvious I have no first-hand experience, but this is well documented by the testimonies of his colleagues and juniors, all recorded and kept for his cause of canonisation. There are a few published books with some of this material.

He also had deep reflections on the social role of a business enterprise. Some of this material is already published, mostly in Spanish, but some is also available in English.

4. Was he alive when you joined Opus Dei, and if so, how did he react?

He died seven years before I received my call to the Work. However, the testimony of a close friend of my mother is interesting in this regard (later she would become the first supernumerary faithful of Opus Dei in Buenos Aires). She told my father that she was concerned about her oldest son joining Opus Dei (a few years before she too did). She says that my father reassured her about the supernatural reality of this vocation, even though he had little knowledge about the then newly established apostolic activities of Opus Dei in Buenos Aires.

It is clear to me that he and my mother prepared me, and two of my five sisters, to receive the vocation in Opus Dei. When I began to go to the means of formation in a students’ centre, I found many familiar things: a neat house, a picture of our Lady in the sitting room, saying the Rosary together, thanksgiving after Mass, care for little things, etc. I recall how he taught us not to litter, long before the environmental movement spread around.

5. Did he ever expect to have a son who would become a priest?

Yes, he prayed for this, and he had the opportunity to express this intention to Pope Pius XII, when greeting him in an Audience in the early fifties.

6. Did Pope Francis know about the Cause of Canonisation of your father when he was bishop in Buenos Aires?

Indeed, the official opening of the Diocesan stage of the Cause took place in 2013, while he was the Archbishop there. An Auxiliary Bishop represented him in that ceremony.

7. Are people receiving favours through the intercession of your father? Any special kind of favours?

I am informed that a good number of favours keep arriving at the Office in charge of his cause. And recently the diocesan phase of a possible miracle concluded its work, and the documentation was officially received at the Congregation for the Causes of Saints in the Vatican.

8. Any idea when the next step will take place in his Cause of Canonisation?

The summary of the study on his life and virtues (called the Positio) has been published, and it is due to be looked into by the members of the Congregation for the Causes of Saints in the Vatican. Their verdict will decide whether the candidate can be named Venerable.

For more information on the process of beatification and canonisation of Enrique Shaw please visit:

Enrique Shaw- A life, a testimony