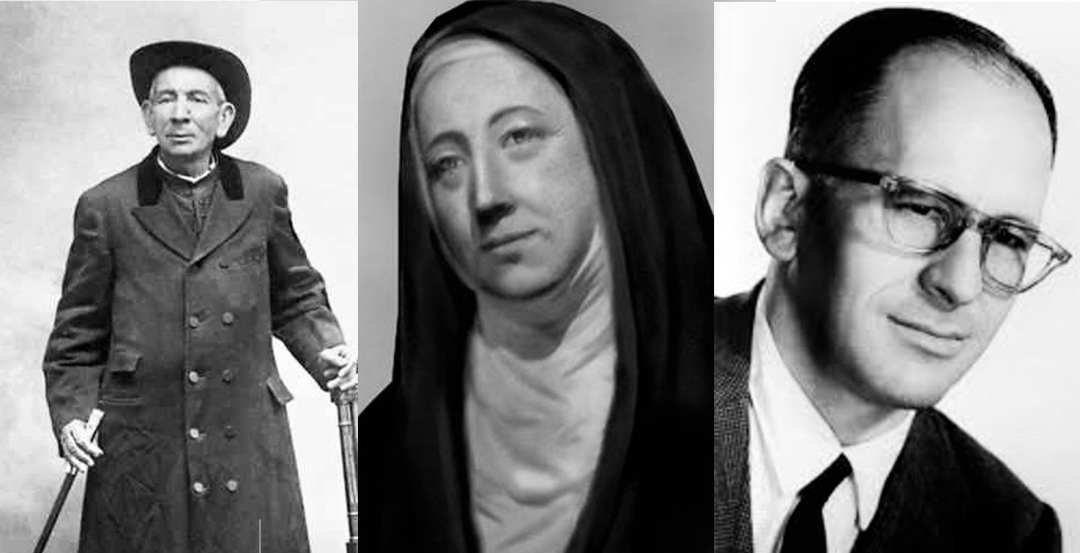 By Inés San Martín for Crux

It’s a well-known fact that, although he’s the head of the universal Church, Pope Francis has a special place in his heart for his home country Argentina, something often made evident when he gives improvised remarks citing his experiences in Buenos Aires and other parts of the country.

Although not quite willing to push them across the finish line by waiving the normally required miracles, as he’s done with a few other candidates, Francis’ support of three important saints-to-be from Argentina could easily be read as a reflection of the qualities he expects from priests, religious women and the laity.

Often referred to as the “gaucho priest,” Brochero will be declared a saint by Pope Francis on October 16.

There are seven other “Blesseds” from Argentina, meaning candidates who are one case of miraculous intercession away from sainthood. Brochero was the last to be recognized as such, in September 2013, and will be the first one to be canonized.

For over five decades in the late 1800s and 1900s, this gaucho traveled around the province of Cordoba in Argentina on the back of a mule, building church schools and opening roads between the mountains.

He embodies Francis’ idea of a good priest: “A shepherd who had the smell of his sheep.”

Brochero tended the sick during a cholera epidemic in 1867, and later in his life he contracted leprosy. Though there’s no formal record of it, some observers claim he got it from sharing mate [a tea-like beverage Francis is often seen accepting in St. Peter’s Square] with those already ill.

Last June, as he was leading a retreat for priests from the diocese of Rome, Francis spoke about Brochero twice. In the last of three meditations he gave that day, the pope invited priests to be merciful, saying it’s not “a way of life” but “the way of life.”

He quoted the gaucho saint to make his point: “The priest who has scarce pity for sinners is only half a priest. These vestments I wear are not what make me a priest; if I don’t have charity in my heart, I am not even a Christian.”

In a previous meditation, Francis had given some examples of saints who, throughout history, had received heart transforming mercy: the apostles Peter, Paul and John, St. Augustine, doctor of the Church, St. Francis of Assisi, founder of the Franciscans, St. Ignatius of Loyola, founder of the Jesuit order, and then Brochero, a humble diocesan priest.

Better known as Mama Antula, Paz y Figueroa will be declared “Blessed” this Saturday, becoming the third Argentine woman to reach the penultimate stage before sainthood.

The pope has often said there’s a bigger need for women in decision-making positions within the Church, while acknowledging he fears they might become clericalized. He’s also called for religious men and women to work together.

Mama Antula did all that, and much more.

She was born to a wealthy family in 1730. At the age of 15, she decided she wanted to devote her life to God. Since there were no religious sisters in Argentina outside the cloister, she donned a black robe and lived with other women in a small community, guided by Jesuit Father Gaspar Juarez.

At the time, women doing this would be called “blessed.” Although she’s often described as a nun, the website for her canonization describes her as a consecrated lay woman.

In 1767, under the orders of the king of Spain, more than 2600 Jesuits were expelled from the Spanish territories in America. Afterwards, she made it her mission to keep Ignatian spirituality alive, organizing spiritual retreats throughout the region.

A bishop from the time is quoted by Jesuit-run journal Civiltà Cattolica saying, “The Jesuits were expelled, but not their spirit. Never, as in the time of Mama Antula, the spiritual exercises of St. Ignatius were the solid and strengthening food of the masses.”

The woman would walk, barefoot, from one town to the other, introduce herself to the authorities, receive authorization to organize the exercises, find a priest available to preach the 10-day retreat, a house to hold them, and food for the up to 400 people who would attend them.

Eventually, she walked the more than 800 miles that divide Santiago del Estero, where she was based, from Buenos Aires. “I would like to walk to where God is not known to make Him known,” she said, and she did.

Whenever someone said no, as the viceroy did in Buenos Aires at first, she’d insist until she got the green light, convinced that she was doing God’s work. She wouldn’t defy the order of the authorities [either ecclesial or civil], but she wouldn’t yield to them either.

According to the official website of her canonization cause, one of the phrases that guided her through her life was “patience is good, but more so is perseverance.”

During her first four years in Buenos Aires, she organized massive retreats for both la crème de la crème of the Viceroyalty of the Rio de la Plata and the poorest of the poorest. An estimated 15,000 people took part in the retreats, at a time when the city had fewer than 40,000 inhabitants.

Her letters to several Jesuit priests, local bishops and Carmelite nuns in France were translated into Latin, French, English, German and Russian. In 1791 they were published in an article titled, “The standard of the strong woman.”

In a letter to a fellow Argentine back in 2013, who had written to Francis to send him materials on Mama Antula, he said: “I too wish that María Antonia de Paz y Figueroa is soon beatified and I’ve done already many efforts in the Congregation for the Causes of Saints.”

The cause for her canonization was sent to the Vatican in 1905, the first Argentine to be proposed as a saint. More than 100 years had to pass for the Vatican to respond — it wasn’t until 2010, under Pope Benedict XVI, that she was actually deemed “venerable.”

She will officially be beatified on Saturday in a ceremony led by Italian Cardinal Angelo Amato, head of the Vatican Congregation for the Causes of the Saints.

The following day, Amato will go to Pope Francis’ native Buenos Aires, where he’ll celebrate a second Mass in honor of an Argentine who is a candidate for sainthood: The venerable Enrique Shaw, a hardworking businessman and father of nine.

His cause is farther behind than that of Mama Antula, yet the pontiff has already claimed him as a saint.

Speaking to the Mexican TV station Televisa back in 2015, he spoke of Shaw: “I’ve known rich people, and I’m moving forward with the cause for beatification over there [in Argentina] of a rich Argentine businessman.”

“Enrique Shaw was rich, yet saintly,” the pope said. “A person can have money. God gives it to him so he can administer it well, and this man administered it well. [He did so] not with paternalism, but by fostering the [personal] growth of people who needed help.”

If he is, in fact, canonized, he’ll be the first businessman to be declared a saint since St. Homobonus, a 12th century Italian merchant who’s the patron of business people, tailors, shoemakers, and cloth workers.

Shaw was born in 1921 into a wealthy family. He joined the Navy at a young age and eventually took several positions of leadership in his family’s companies, with the intention of promoting, and putting into practice, the Catholic Church’s social teaching. He died in 1961 after battling cancer.

The process to declare Shaw a saint highlights his concern for the 3,000 employees of a firm called Rigolleau Glassware, which he led, as well as the joy and firmness with which he educated his nine children.

He established a pension fund and a health care system to provide his workers with medical service, financial support in case of illness, and loans for life-changing events such as marriage, birth, and death, well before social benefits were a thing in Argentina.

He founded the Christian Association of Business Executives (ACDE). He also was among the founders of Argentina’s Catholic University and the Christian Familiar Movement, and served as president of the Argentine Catholic Action.

Stories about his concern for his employees are abundant, but few make the point better than this: When he was close to death, the factory’s employees were asked to donate blood. More than 260 people showed up.

Upon his recovery, Shaw said he was happy because “I always wanted to have workers’ blood.” 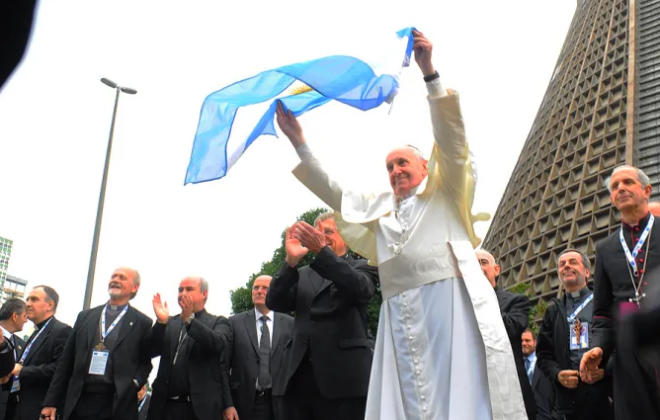 Pope Francis: A Bishop of Rome with a heart for Argentina 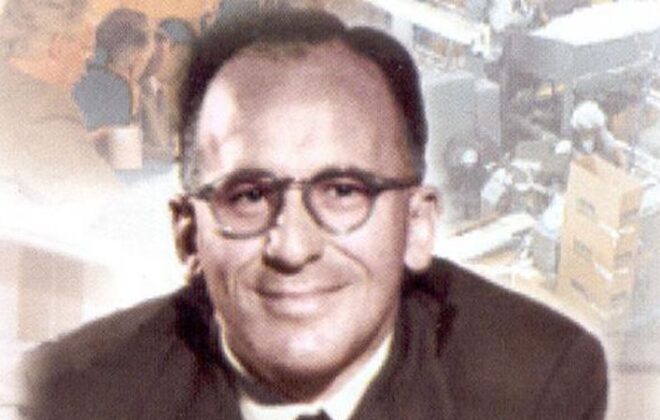