WASHINGTON — When Pope Francis addresses a joint session of Congress on Wednesday, many Americans might be expecting another round of criticism of the excesses of capitalism. There’s an assumption that business people just aren’t his preferred crowd.

Not so. Call it another Francis Surprise: There’s one Argentinian entrepreneur he not only cites as a moral role model, but has actually proposed as a candidate for sainthood.

Enrique Shaw was born in 1921 into a wealthy family. He joined the Navy at a young age and eventually took several positions of leadership in his family’s companies, with the intention of promoting, and putting into practice, the Catholic Church’s social teaching.

He died in 1961 after battling cancer.

In an interview with a Mexican TV station last March, the pope said he’s moving forward with Shaw’s beatification despite defining him as “a rich man.”

“Enrique Shaw was rich, yet saintly,” Francis told Televisa. “A person can have money. God gives it to him so he can administer it well, and this man administered it well. [He did so] not with paternalism, but by fostering the growth of people who needed help.”

Fernán de Elizalde, a businessman and member of the Christian Association of Business Executives (ACDE) founded by Shaw, told Crux that businesspeople in the United States who feel Francis doesn’t like them are only partially right.

“For many years, it was really hard to get the Archdiocese of Buenos Aires to entertain the idea that there could be a holy businessman,” said Elizalde, who’s also involved with Shaw’s cause for sainthood.

“But today we know of Francis’ special recognition for Shaw,” he said. It’s telling that the future pope asked his eventual hand-picked successor in Buenos Aires, Mario Poli, to conduct the theological research into the cause.

The process to declare Shaw a saint highlights his concern for the 3,000 employees of a firm called Rigolleau Glassware, which he led, as well as the joy and firmness with which he educated his nine children.

Shaw established a pension fund and a health care system to provide Rigolleau workers with medical services, financial support in case of illness, and loans for important life events such as marriage, birth, and death.

Yet for Shaw, it wasn’t all business. In the words of his son, the Rev. John Shaw, “I have no idea of how he combined a demanding job and family life, but he did.”

James “Whitey” Bulger (FBI Photo)
Whitey Bulger, ‘Black Mass,’ and Catholicism
The younger Shaw, an Opus Dei priest who’s been a missionary in Kenya since 1979, told Crux that he remembers greeting his father in the evening when he would arrive home, and saying goodbye after dinner because his father would return to work.

Shaw also remembers his father praying to have a priest among his children, “and I’m sure he prayed for my siblings to have the vocation to form a family.”

Regarding the perception many businesspeople have of Pope Francis as an antagonist, Shaw believes it could be borne from the pope’s tough words, “not just for businesspeople, but for everyone: priests, family members, cardinals … He sounds like a loving father who can’t bear seeing his children wasting grace.”

Both Shaw and Elizalde quote Francis’ encyclical on the environment, Laudato Si’, as an example of the pontiff praising businesspeople.

In it, Francis says that “business is a noble vocation, directed to producing wealth and improving our world,” especially if “it sees the creation of jobs as an essential part of its service to the common good.”

Enrique Shaw was so concerned for his employees that in 1961 he put the sale of his company at risk rather than cut his workforce. An American trust fund that had bought it planned to fire 1,200 employees.

Shaw, who was already severely ill, traveled to the United States to successfully propose a recovery plan that saved the jobs of all the workers.

Stories about his concern for his employees are abundant, but few make the point better than this: When he was close to death, the factory’s employees were asked to donate blood. More than 260 people showed up.

Upon his recovery, Shaw said he was happy because “I always wanted to have workers’ blood.”

He was also famously friendly to his competitors, since he saw them not as a threat, but as a source of employment for those he couldn’t hire.

His sales manager, Dario Cassinelli, has said that in a moment of crisis in Argentina, he proposed to Shaw that he try to corner the market to force other companies out of business, but he refused.

“He didn’t want to leave others out of a job,” said Sara Shaw de Critto, his daughter.

That might be an idealistic way to conduct business, but it’s certainly got one competitive advantage as an express route to the pope’s heart. 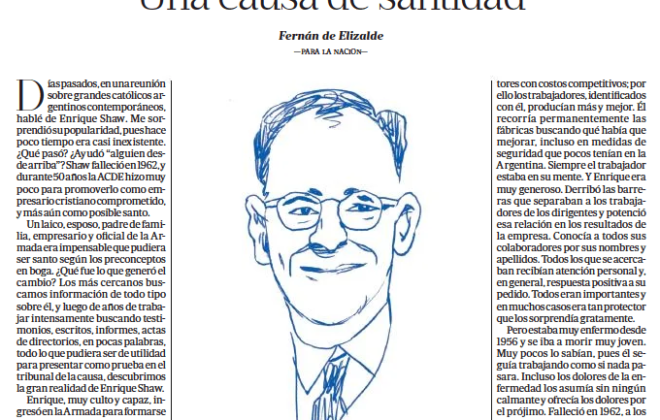 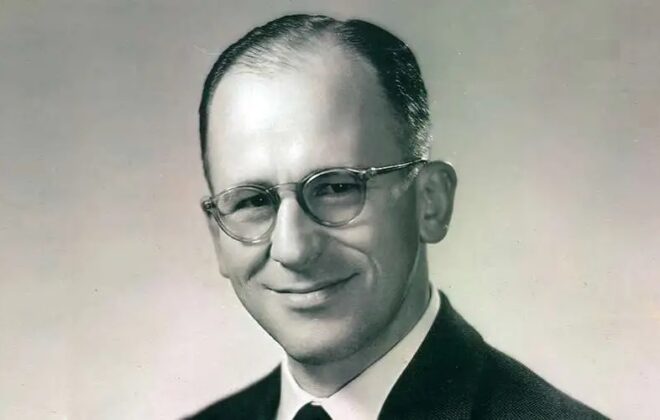